Alanna Kellogg has managed to cook up vegetables in a new way – every day for a year! That was almost four years ago and she’s still going with ideas on her blog, A Veggie Venture and her food column, Kitchen Parade. Her Leek and Root Vegetable Gratin is an amazing meal for nights when it gets dark early and you want something a little different, and her parsnip fries? Not at all what you’d expect! Alanna’s blog is full of neat, different recipes like these, and updated versions of recipes you may be using on a regular basis (like mashed turnip and apple instead of plain mashed potatoes). 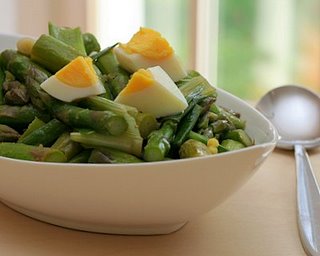 1. For an entire year, you cooked a vegetable in a new way every single day – amazing! What spurred you to undertake such a task?

There was no grand plan, I’m afraid! I’d run across my first blog — either Chocolate & Zucchini or the Julia & Julie Project, not sure which — and was suddenly driven to start my own. My “project” was to cook a vegetable in a new way, every day, for a month. It seemed so ambitious, really! But after a month, I was still learning and so decided to keep going — and did so for a whole year. Trust me, this is a crazy idea, not one I recommend! It’s really hard to sustain for an entire year, no breaks.

2. Now I have to ask, what is your favourite vegetable?

They don’t call me the Beet Queen for nothin’! Seriously, I do love beets, not just because of their great flavor and color but because once they’re cooked, you can do so many quick things with them. My beet recipes shows the ideas for using already-cooked beets, nearly all take just 5 or 10 minutes to the table.

But honestly, my favorite vegetable is whatever’s in the fridge — I love the ‘power’ of knowing that I’ll find something delicious to do with it, that nearly everything’s really good. 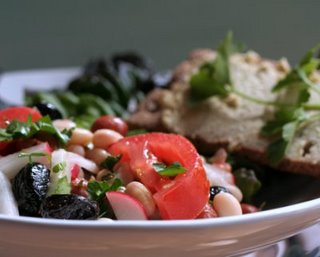 3. Tell me about Kitchen Parade, the column your mother wrote that you brought back.

My mom started the column when I was a baby and so (gulp) it will turn 50 next spring. I started writing the column myself after she died in 2002, it was a way to express both grief and admiration. Little did I know that food writing would become so important to my life, both professionally and personally. Her recipes are really popular — like her blueberry coffeecake and baked apples.

4. What were some of your favorite recipes from that project? Either for the fun of creating it or the way it came out.

What’s interesting is that first month of vegetable recipes was really NOT inspiring. It was April — in Missouri that means it’s not winter anymore but it’s not spring, either, at least produce-wise. So I was still cooking with a lot of frozen vegetables. One huge hit — a family classic now — is mashed potatoes and carrots. After the first month, the favorites were so many that I knew it would be overwhelming to readers — so I started to track each month’s favorite recipes. After 3-1/2 years, that’s still alot of favorite vegetable recipes!

5. In a recent blog post, you touch on the subject of food products vs real food, and this is something a lot of people fall into. Thoughts?

I’ve always been a scratch cook but never addressed the topic directly on either A Veggie Venture or Kitchen Parade. Instead, I just published simple recipes made from whole ingredients that would inspire people all on their own, no agenda, no politics. But in the last while, especially as I’ve become passionate about helping families save money on groceries, especially as I become more cognizant of the food industry that’s so removed from real food, I’ve started to write about the differences between food products and food. Last Thanksgiving, I listened to The Omnivore’s Dilemma while driving across Missouri, Iowa and Minnesota. Rolling past acres and acres of cornfields — the source of the commodity corn which feeds our cattle, hogs and chickens and sweetens so many food products — I began to really understand how far removed we’ve become from ‘real food’ and from then on, the ideas just began spilling out of my fingers whenever I began writing about food.

6. What is your most used quick recipe?

Oh gosh — you know, I cook between 10 and 14 new things every week, testing recipes left and right for one variation and another. So once they’re done, I rarely go back except on special occasions. But wait — okay, but will you believe that the most-cooked quick recipe isn’t even on my own website? But it’s on my friend Kalyn’s site. OH. And yes, salad dressing – I make this at least once a day, often twice. 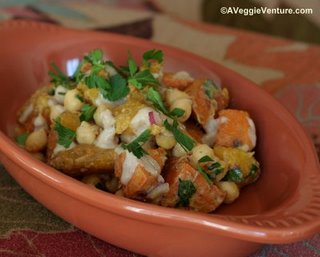 7. What got you onto your salad dressing recipe kick? What are some of your recent creations?

This is also related to inspiring cooks to save money on groceries, to eat “real food” and not processed food products. Have you ever looked at the ingredient list on a bottle of expensive salad dressing? It’s crazy, all salad dressing needs is a fat (usually oil), an acid (usually vinegar but also lemon juice and other acids) and some flavoring (think garlic, fresh herbs, salt). It’s that easy. Homemade salad dressing tastes so good and is infinitely variable. My readers love this buttermilk garlic salad dressing, it’s wonderful.

8. Tell me about the biggest mess in your kitchen, the worst kitchen adventure gone bad (mine was the first time I tried to make fudge).

The first time I cooked a whole meal was for my mother’s 40th birthday. She left me the recipe for pork chops and rice cooked in an electric skillet — but forgot to write down that the chops should be browned first so they were completely raw. I also made her a cake, but forgot the sugar and used blue — what was I thinking?! — food coloring in the icing. We all laughed a lot that night, especially since it was Mom’s 5th anniversary as a breast cancer survivor: the food hardly mattered. 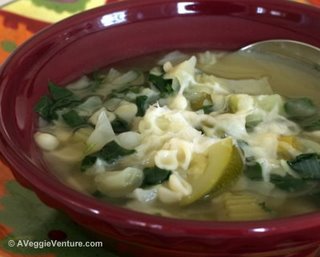 9. Any tips for newbies?

Aii, the lucky newbies, who have all the fun and excitement of stretching up the learning curve that is food blogging! They’re so lucky, having so many terrific food blogs to model themselves after. But the tough thing, nowdays, is to get noticed so it’s extra important to write for yourself, to write because you want to, because you’re inspired to, because the words and the recipes come pouring forth all on their own, because you’re learning, because you’re having FUN. And when you do, the readers may well come — but you’d be writing anyway, so readers are just the icing — preferably NOT blue icing — on the cake.