In this blog post I am participating in Marriage Mondays, and on Wednesday I’ll add this link to Living Well Wednesdays

Today’s an exciting day because it’s the first day of the Good Morning Girls Bible study of the book of James and it’s also the day the first book for the Bloom / (In)Courage book club is announced. No lie, I will be picking up (or ordering) that book as soon as I know what it is!

Don’t worry, I’m not going to drone on and on about scripture (unless you’re interested – email me!), I’ll stick to the theme of marriage and family on Mondays.

I’m going to give you a recipe for a chocolate tart that my husband adored last week – in just a sec.

First a quick note on not freaking out over your husband taking the lead.

I have had a great start to 2011 in my teeny tiny little town. The teeny tiny little town in the woods that I never in a million, billion years would have chosen to move to. My husband has been trying to get me to move to the middle of nowhere for years, but since neither of us drove it wasn’t really feasible until the summer of 2009 (when he got his license and a car) and I really wasn’t feeling it. Up to this point I had handed most major decisions to my husband without any trace of weirdness but this decision just felt too much. It was crazy. I’m a through and though city kid. I took streetcars and buses to school! I loved walking everywhere. I have a real affinity for the Toronto Public Library system. Most of all, I’m a seriously social creature and most of my dear friends either live in Toronto or pass through it a couple times a year. If I’m totally honest, that last point is the one I held on to the longest.

Eventually, I started to see that he wanted to live in the woods even more than I wanted to stay in Toronto. Friends reading this probably don’t believe that, but it’s true. He was borderline miserable. And now? Now that we’ve been here for 4 months I feel like so much in my life is better than it was. Don’t get me wrong, I miss my friends and the ability to take the streetcar to the library (or, well, anywhere), but I don’t miss the reality of three kids on a packed streetcar AT ALL.

I have found something out here that I never would have found within my life in Toronto. I have found a new, deeper connection to my husband, I have found that my priorities were not at all in line with really nurturing my family and I have found…wait for it…a desire to slow down. I still do a million things in a day, but I used to do 2 million. Now, when I look out the window while in the middle of the day’s ‘to do’, I see nature and God’s creation everywhere! I know He’s present in Toronto too, but out my old kitchen window I saw a concrete backyard, a neighbour I longed to avoid and rows upon rows of similar houses with hardly a few feet between them. Out this back window, I see snow. Lots and lots and lots of snow, and some days it comes down in such huge beautiful flakes that I have to just stop. I stop and I take my coffee to the big patio doors and I just stand there and watch it fall. So there we have it. He was right, and to put that better, he knew something I didn’t know, something he never could have explained to me. I had to experience it to know that it was better.

And now, onto the chocolate tart! Hilariously, I the title of the blog post that introduced me to this tart is No Bake Chocolate Tart for a Happy Husband. Ha!! It’s a brilliant recipe because it only has three ingredients (unless you count the ingredients for the crust which is only another 6 anyway).

It’s pretty self-explanatory but here goes. Cream the butter, then add the sugar and beat till fluffy. Add the salt, vanilla & egg yolk, mix till combined. Now add flour and mix until the dough is crumbly and most of the flour is mixed in. Mix the rest by hand until the dough forms a ball. Pop it in the fridge for 4 hours before you roll it out. I’ll wait here.

Of course once you take it out of the fridge you’ve got to let it warm up a little, say 20 minutes or so before you roll it out between parchment paper (or on a floured surface if you must) and pinch it into a cute tart pan, or pie plate. 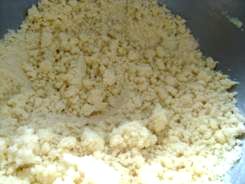 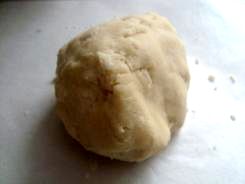 First, warm the cream in a stainless steel bowl (I set my bowl over a frying pan of simmering water but there are much fancier ways to do it), when it’s scalding add the chocolate. I took it off the frying pan of water for this part (because, as you probably know, water + chocolate = bad). 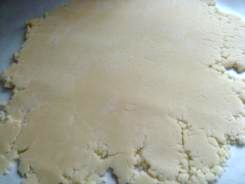 Once your chocolate is all melted and mixed in well with your scalding cream, pour it into your cooled tart shell. Pop it in the fridge and wait – forever. Ok, so technically it’s actually 2-3 hours, but when your husband is in the fridge every few minutes poking at it, it seems like forever. 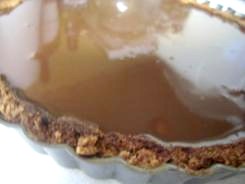 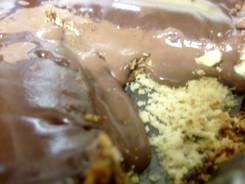 Then, naturally, you take it out an hour early and have the first slice when it’s all gooey and not set up yet. Whoops! Yummy anyway! Hours later, once this treat is completely set, take another slice for photos and then eat that too. 😉 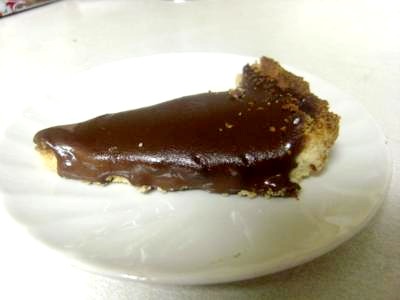